The Mancino family legacy, of time-honored Italian baking, began in St. Claire Shores, MI in 1959 when Sam & Marion Mancino opened their first restaurant.  All of Sam & Marion’s children learned about preparing food the “old way” and spent many hours of their youth in the kitchen.

Frank Mancino carried on his parent’s tradition when he and his wife Carolyn opened their first restaurant in 1974. A series of successful restaurants in Michigan, Ohio and Indiana was highlighted by the addition of three sons and one daughter: Frank Jr., Kelly, Tony & Joey. Just as their father spent much of his youth in the industry, so did his children. Frank & Carolyn currently have a successful restaurant in the college town of Hillsdale, MI.

The third generation continues to carry on, with Frank Mancino Jr. operating a restaurant in Three Rivers, MI.  The newest addition to the Pizza & Grinders tradition is located in Battle Creek MI, where Kelly and Kevin Nosan have opened the third Cavoni’s location.

Fun Fact:  The name CAVONI’S is derived from Marion Mancino’s maiden name – Yakavoni.  Frank Sr. honored his mother by naming his restaurant after her, as her legendary skills and talents in the kitchen inspired him to become the restaurateur he is today.

Check out our menu 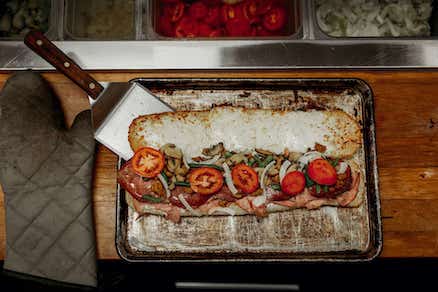 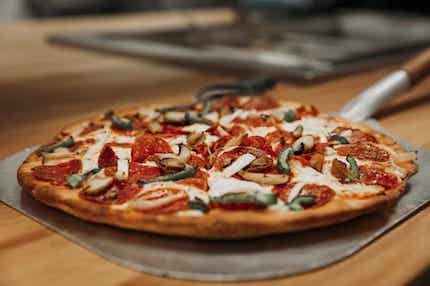 What others are saying

Joe Cooper
I was heading through Battle Creek for work today. We decided to stop here for lunch. The staff was very friendly and very...Read More »
Gregory Stewart II
GRIND ON IT!!!! One of the best grinders around. Wow on quality and flavor. The club sub is one of my favorite....Read More »
Teresa Dube
We always have a great experience here! The cheesy bread is amazing! Pictured is a large pepperoni, ham and bacon pizza. It was delicious!
Ron Holder
This was my second visit. The first time, I got an Italian Supreme sandwich to go; I let it get cold, then had to reheat...Read More »
Jon Krause
Great pizza, great crust and cheese. Great service and crew.

Give us your Feedback!

or send us a message!

Leave us a review!